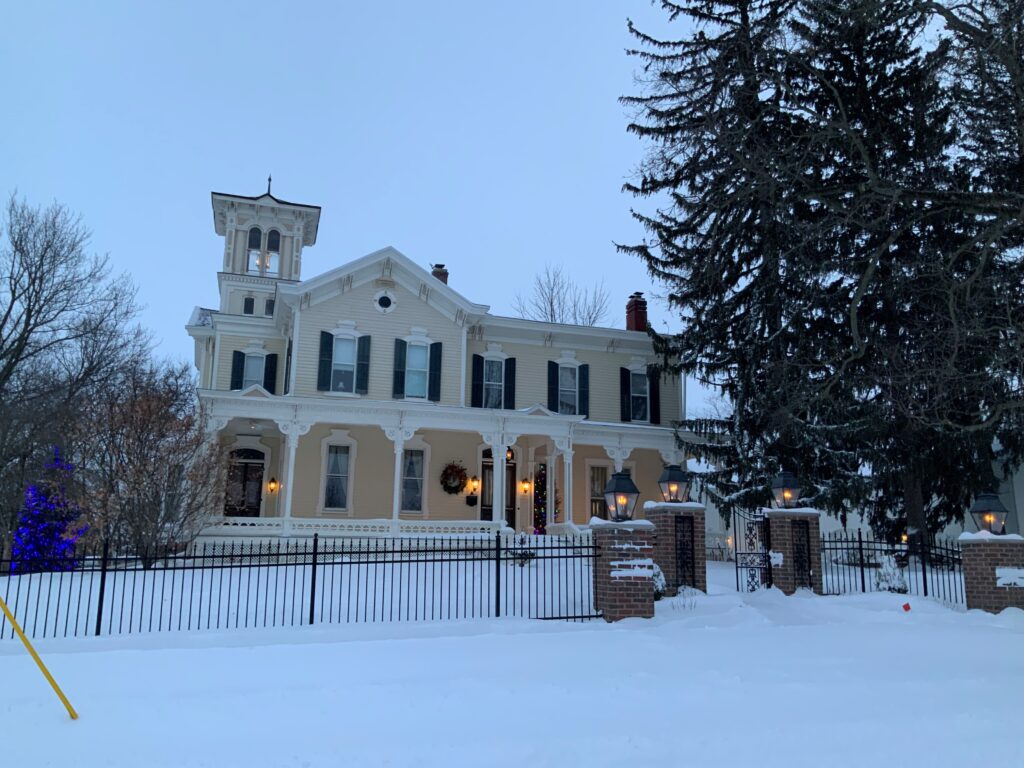 Grab your holiday cheer and make plans to join us for this year’s Christmas House Tour on December 13. This promises to be the best tour yet! This year’s stops include the beautiful Martin house at the corner of Main and Holland (pictured at left), a gorgeous English Tudor located at 1300 Westgate, a charming Cape Cod at 104 Penny Lane, the beautiful St. Mark’s Lutheran Church, and of course, the Historical Society building on the square. All locations will be decorated in the Christmas finery and have a story to tell. The event is from 1-4 p.m. and 6-9 p.m, and attendees may go at their own pace through each building and from house to house. Advance tickets are available in at Homespun, Kimpling’s Ace, and Step Back in Time for $17, as well as here on our website. If you purchase tickets online, you may pick up the paper copies of your tickets at the Historical Society office on the day of the event. Tickets purchased on the day of the event will be $20 and will only be available at the Historical Society Building at 128 Washington Square.

Purchase your tickets for the December 13 Christmas Home Tour today and they will be available for pick up on the day of the event at the Washington Historical Society (128 Washington Square).

The Washington Historical Society is pleased to announce this year’s Roots recipient, Gene (Wink) McCoskey. Gene has led a fascinating and productive life, including work at two large corporations and many years volunteering for various civic organizations in and around his community. To read the full article about Gene, please click here.

The Washington Historical Society is proud to call Gene McCoskey one of Washington’s own and are pleased to honor him with this well-deserved recognition. 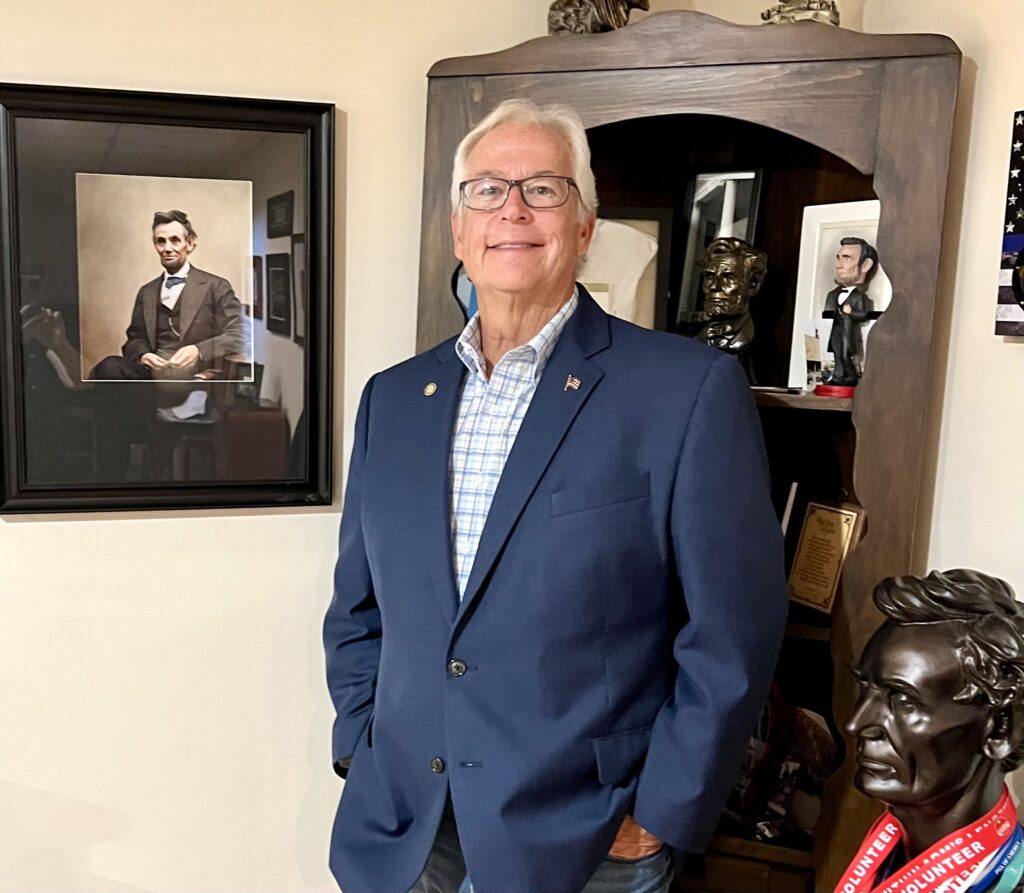 The Washington Historical Society, in conjunction with private donors, is happy to announce that it has brought another historically-themed mural to Washington! After successfully commissioning two murals for Washington in the last two years, the Historical Society this time has created a mural on the south-facing wall of its own building, 128 Washington Square. Anat Ronen, the artist responsible for last year’s mural, painted this mural as well.

The theme of this year’s mural will focus on the connection between one of Washington’s first landmarks and the creation of the Historical Society itself. It shows a beautiful round barn that sat on property on Eldridge Street from the 1910s until 1980. The dairy barn, originally built by local dairy farmer Fred Zimmerman, was based on the round barns that Mr. Zimmerman had seen in use at the University of Illinois. The barn was used from the time of its construction until 1972 when it was taken out of operation. It sat abandoned and neglected until 1980 when a group of local citizens banded together to try to purchase and save the round barn. The group was ultimately unsuccessful in saving the barn, but the effort had a silver lining: those citizens decided Washington needed a Historical Society that could educate people about Washington’s history and protect the physical items of Washington’s past. Thus, the Washington Historical Society was formed.

For more history of the round barn, please click here.

Constructed in 1858, the home of Dr. Zinser features a Greek Revival structure and was designed to be a single family home with an office in the east parlor. Additions to the home were added later in the 1880’s and early 1900’s. It was officially listed on the National Register of Historic Places in 2002.

Though the Zinser House was owned by the Washington Historical Society for many years, today it is back in private ownership by a member of the Zinser Family. The House is a home once again. 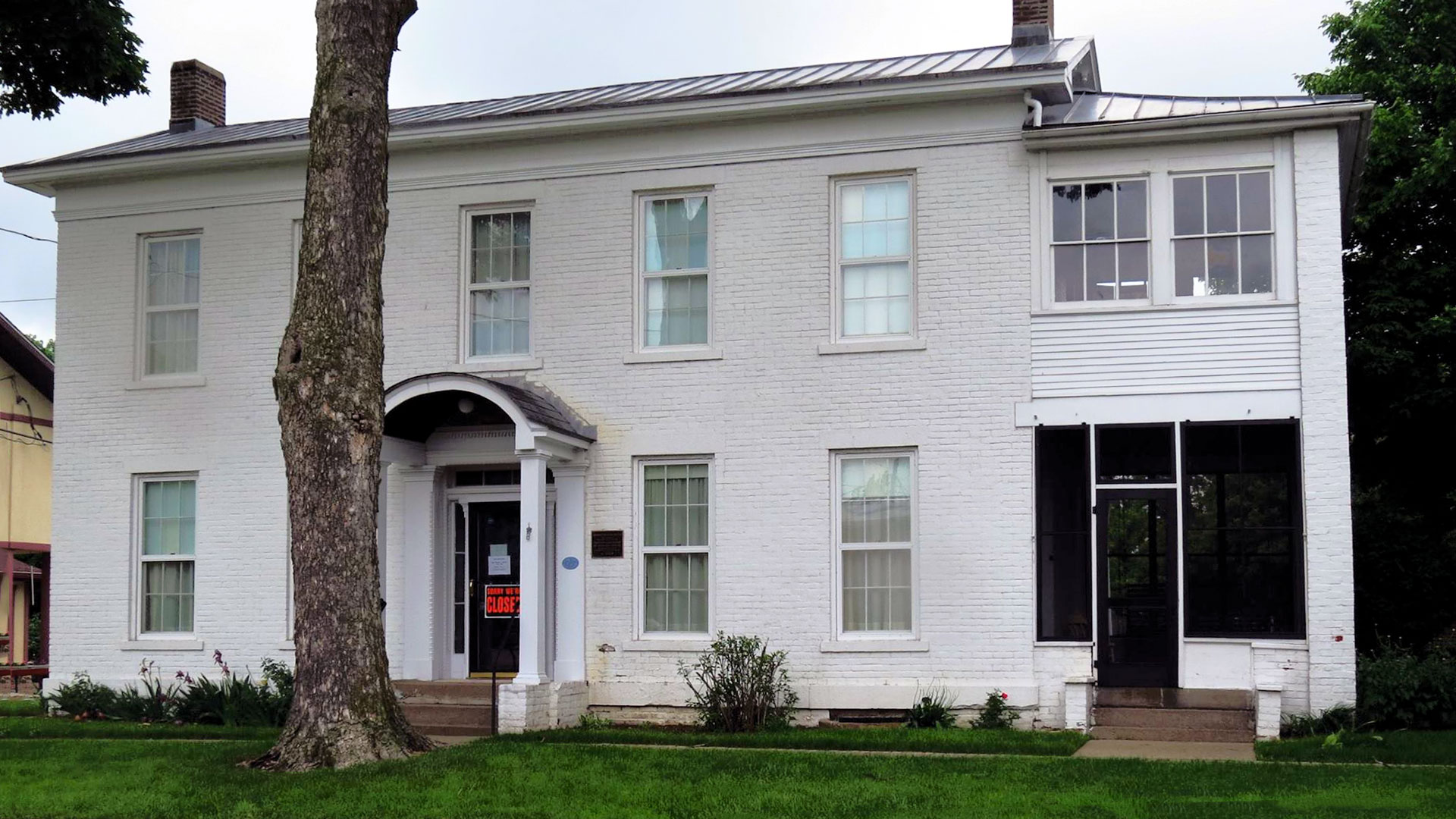 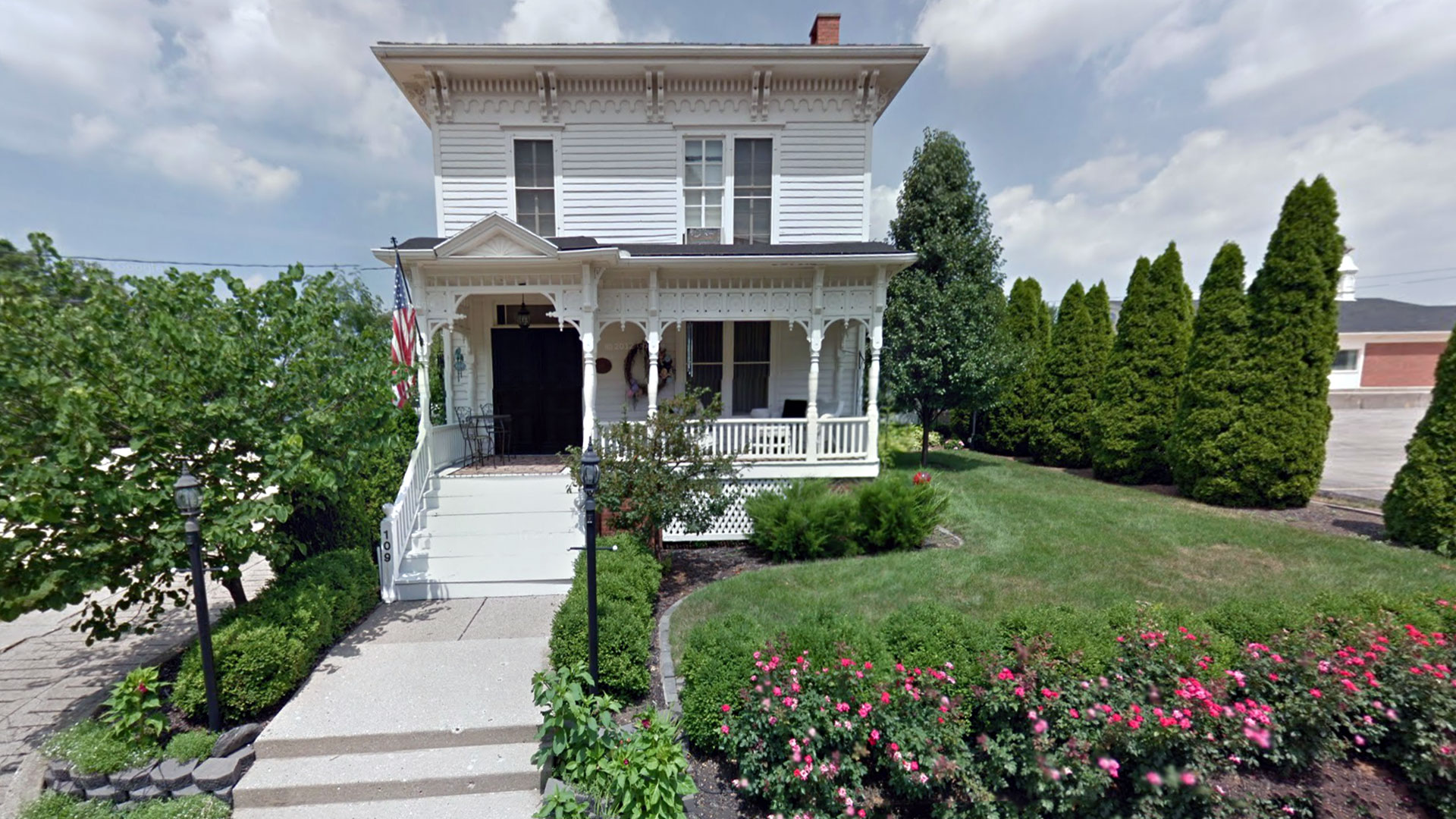 Although exact building records are questionable, the home at 109 Burton was originally built at 102 Burton in 1867 with an Italianate Structure by Hiram Price. Price served as Mayor of Washington from 1899-1901. In 1915, the home was purchased and moved to 109 Burton by Henry Denhart which later accommodated the First National Bank’s Money Store. After some renovations in recent years, the house still stands as a single family home in Washington. [1]

The exact age of this historic home is unknown, however it is believed to have been constructed in either 1898 or 1906. It is a foursquare house and has been well-preserved over the years. Its past owners have included two Washington Mayors: John G. Gorin and Richard F. Tanton. [1][2] 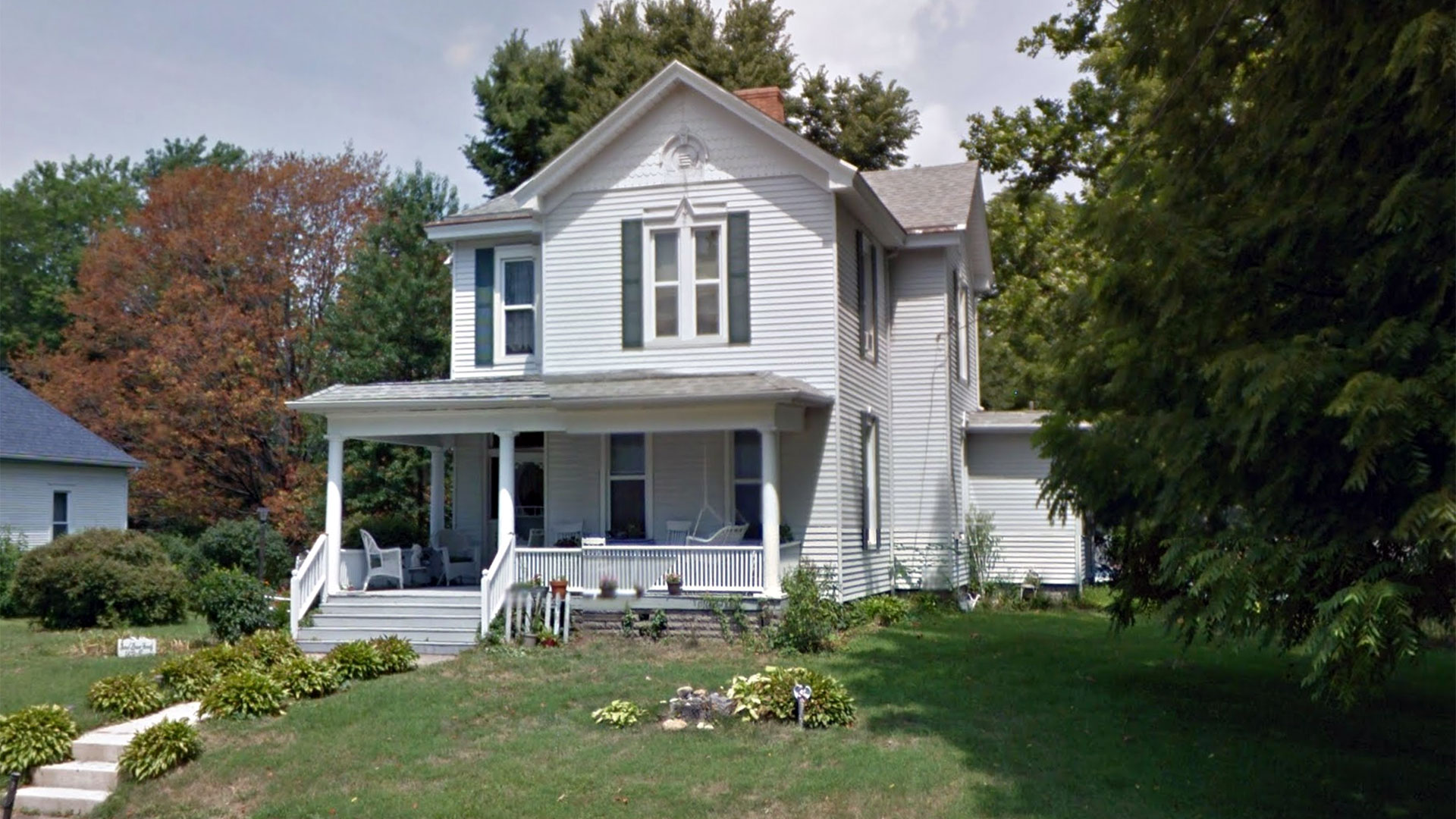 Moving his family to Washington to become the City’s primary pharmacist, Israel Zinser built this house in 1878 for his family. The home has kept the same look and feel as it did in its day for over 130 years, the only exception being the porch that was added to the home in the early 20th century. The home remains in the Zinser family, as it has for five generations. [1][2]

Like many historic homes, the exact date of construction on the home at 312 Market is hard to place. The front portion of the main level was constructed in 1870, and the upstairs and rear of the home were added in 1893. Still, the home has some pretty big historic significance for Washington, with its history dating back to the Matthew Holland, son of Hollands Grove Founder (later re-named to Washington), William Holland.[1] 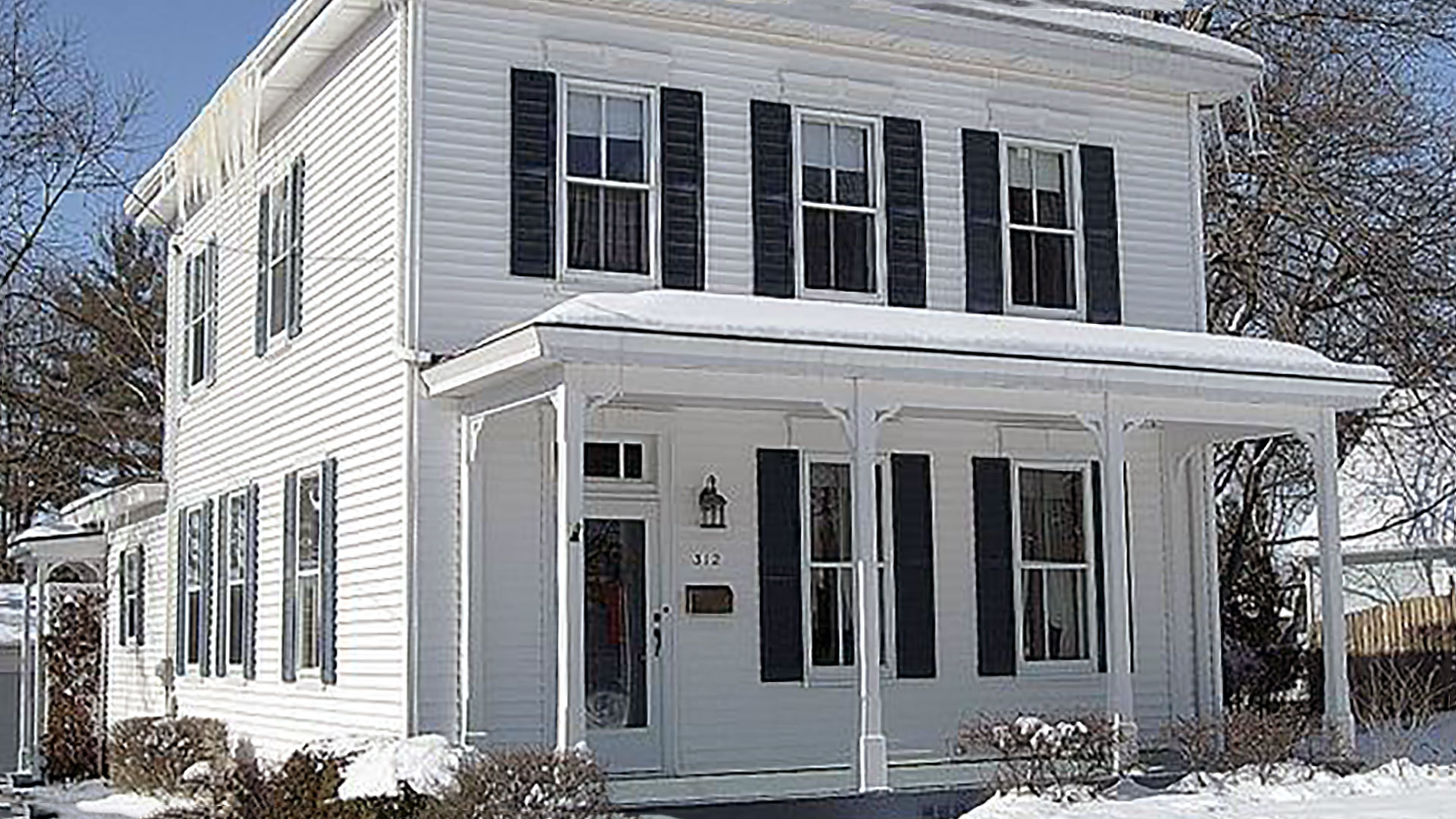 The mission of this Society is to acquire, preserve, and display Washington’s history.

Want to Volunteer?
Become a Member!